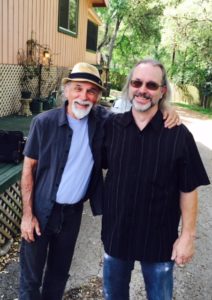 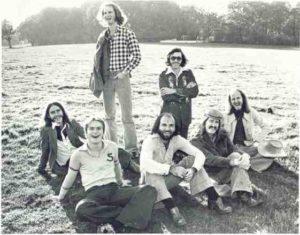 Barry Bynum is the lead guitarist and one of the lead vocals in Liberation Suite, the band my brother & I were part of 1975-’76 based in England. At that time we were a flagship group for Word UK & Myrrh Records, a Christian combination of the Eagles & Chicago with a little added spice on both ends of the stage. This program starts with a live recording of Lib Suite on the tour introducing a Love Song founder, Chuck Girard, as a solo artist to all of Europe, Scandinavia & the UK. The band had just moved their base to London from Belfast Northern Ireland when Duane & I joined along with Stephen Houston, formerly of the famed Irish neo-classical rock band Fruupp. Stephen is the voice that opens the program introducing & introing my song Living Loving Eyes. It was on that massive 6-week tour that Nancy & I were approached by Chuck Girard & Word UK A&R to consider coming back to the US and work on my first solo album for Good News Records with Chuck producing. That album, WELCOME, was released in 1978 including the song Living Loving Eyes with Stephen Houston doing the strings, just as he had done on that tour together. Hope you enjoy this little flash-back taste of the European Jesus movement and a visit between two men who are still growing, still going on this incredible journey with Jesus.